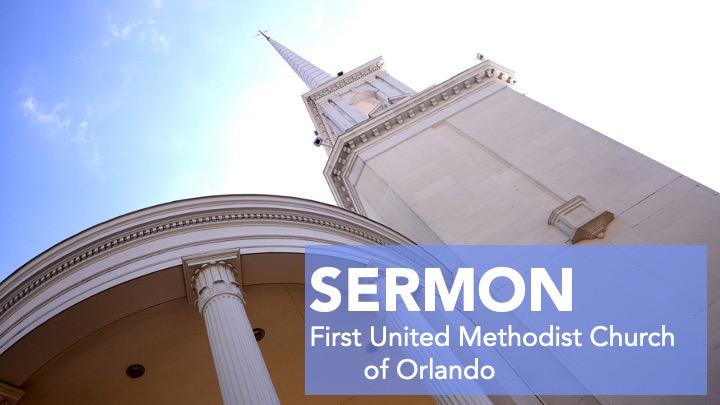 I was on vacation last week, and started reading a new four-part series of novels, about an ancient fantasy world of kings and queens, rival kingdoms and battles, and even magic and magical creatures.  There have been power plays, love interests, violence and murder, betrayals, secret alliances, surprise twists and turns, and the rise and fall of characters and kingdoms.  I don’t yet know how it all goes together.  But, all of it is heading somewhere.  I just don’t know where, yet.  That’s what keeps me reading.  I’m only about halfway- two novels and about 1300 pages, so far.  I don’t know how the story will end, or who the winners or losers might be.  I don’t even know how, or if, all of the characters, and all of the subplots, will come together.  But, the story is clearly heading in a particular direction.  I won’t know how it all works out until I read the last chapter of the last book – and, even then, there may still be loose ends.

Similarly, just in these few weeks since this series – “The is Our Story” – began, approaching the Bible as a single story, we’ve already seen hints about what kind of story this is, and where this story might be heading.

We’ve been introduced to God – the central character of our story – who happens to be the almighty Creator of the universe.

We’ve met a random assortment of supporting cast – Adam and Eve, a deceptive snake, Cain and Abel, Noah and his family, the people of Babel, and last week we met an old, childless couple named Abram and Sarai.

We’ve already experienced the highest highs of God creating the heavens and the earth, and the lowest of lows at the Fall.  We watched as the people God created have moved further and further “east,” further and further away from God’s presence and embrace.  And, we’ve seen God place a unique calling on the lives of Abram and Sarai.

Already, in these few weeks, we can see four major themes beginning to take shape, which are helpful for understanding how this story will continue to unfold in the weeks, and months, to come.

Creation, of course, is what we read about in Genesis 1 and 2, where God created a perfect world, to be cared for by the humans created in God’s own image and likeness.  God looked at all God made, and said, “It is good.”

The Fall, refers to Genesis 3, when Adam and Eve were led astray by the wicked serpent, eating the forbidden fruit, and the resulting downward moral spiral of humans, living increasingly apart from God, and the decay and groaning of all of creation. The story of the Fall, and its effects, continues throughout Scripture, and, frankly, to this day.  Just look around!

The story of Redemption begins with a married couple – Abram and Sarai.  When God picked Abram and Sarai, they were already old, childless, and WAY beyond child-bearing years.  They were nomads, moving with their flocks to wherever they could find grass and water.  Yet, God showed up, chooses Abram and Sarai to be “his” people, and made three promises.  If they obeyed God, God would…

This is God’s plan for saving the world – and, admittedly, what a strange plan it is!  God’s redemption will come through a childless couple, who become a family, whose descendants become the nation, Israel, and from that nation comes the savior of the world.

God saves the world through people; unlikely people; people not terribly unlike you and me.  Scot McKnight writes, “Because God is a community of Three-In-One, God’s work is always relational and community focused… The atonement benefits individuals, but always in the context of a society.”

Creation: what God intended.  Fall: humans rejecting God.  Redemption: God’s work through a particular people to save a lost world.  That leaves New Creation as our fourth theme, but I’ll leave that to a future day to explain.

Now, if you didn’t know the rest of the story, and you heard that God plans to save the world, and that God chose a particular family to save the world, and that God promised to “bless” that particular family, increase its numbers, and give it an incredible homeland, you might assume, this will be a great success story. After all, with all of that going for you, and God in your corner, what could possibly go wrong.

Obviously, that’s not what happened.  God’s special, chosen people were FAR FROM PERFECT.  Their leaders failed, regularly.  They were constantly surrounded by, and often defeated by, foreign enemies.  As much as God blessed them, they frequently chose other gods.  There were droughts, famines, defeats and setbacks.  And, not too far into our story, God’s chosen people become slaves in Egypt – far from their “Promised Land” – crying out to God for deliverance.

You might wonder, if this is one single story, moving in a particular direction, how God’s particular, chosen, blessed people, could end up slaves in a foreign land!  How does that happen?

That’s why these four themes – Creation, Fall, Redemption, and New Creation – are so important.  They run concurrently, overlapping – especially the Fall and God’s work of redemption.  These themes of Fall and Redemption, and later, New Creation, run side by side, throughout the pages of Scripture, and human history.  Beginning with Abram and Sarai, continuing throughout the Old Testament, and particularly through the life, death and resurrection of Jesus, and through us, even now, God IS working on redeeming a fallen world, through fallen people – like those we read about in Scripture.

Today, our focus is on how we go from God choosing a special family to bless, Israel, to that family ending up a nation of slaves.

Last week Pastor Emily introduced us to Abram and Sarai, later to be known as Abraham and Sarah.  Abraham and Sarah had a son, Isaac, and God’s blessing passed to Isaac.  Isaac married Rebekah, and they had twins, Esau and Jacob, and God’s blessing passed to Jacob.  Jacob married four wives, having twelve sons and one daughter.  His favorite wife was Rachel, and his favorite son was her oldest, Joseph.  That’s Joseph, of “technicolor dream coat” fame.

I’m an only child.  So, I don’t have firsthand knowledge of sibling rivalry or family infighting.  But, I hear it’s an issue in some families.  It definitely was an issue in Joseph’s family.

One day, Joseph’s brothers had enough.  They hated him.  So, they took Joseph, and sold him into slavery, telling their father he’d been killed by a wild animal.  Joseph was taken to Egypt, where he was falsely accused and thrown in prison.

While in prison, it was discovered that Joseph had a special gift for interpreting dreams.  When Pharaoh had two disturbing nightmares, Joseph was summoned to interpret them.  Upon hearing the dreams, Joseph told Pharaoh he’d seen a vision of the future.  There would be seven years of plenty, when the country would grow an abundance of grain.  The seven years of abundance would be followed by seven years of severe famine.  Joseph said the dreams were a warning, and suggested Pharaoh should collect all the grain he could during the seven good years, and store it away, so that there’d be grain in the seven bad years.

Right then, on the spot, Pharaoh freed Joseph from prison, made him second in command over Egypt, gave him a new Egyptian name, Zaphenath-paneah, and even gave him the high-priest’s daughter as a bride.  In exchange for his sudden rise to power and stardom, Joseph was given responsibility for collecting grain during the seven good years, and distributing it during the seven bad.

Seven years pass, and the grain was stored.  Then came the famine, not just in Egypt, but also the surrounding lands, including in Canaan, where Joseph’s family was dying of starvation.  Jacob sent his sons – Joseph’s brothers – to Egypt, buy food, which led them right to Joseph.  But, Joseph didn’t look or sound like Joseph anymore.  He looked, and acted, and sounded like an Egyptian.  They don’t recognize him, assuming he was still a slave, or dead.  But, Joseph knew them.

Though initially slow to reveal his identity, and after toying with them a bit, Joseph relented, saying, “I’m your brother Joseph! The one you sold to Egypt. Now, don’t be upset and don’t be angry with yourselves that you sold me here. Actually, God sent me before you to save lives…You didn’t send me here; it was God who made me a father to Pharaoh, master of his entire household, and ruler of the whole land of Egypt.” (Genesis 45:4-8)

Later, in Genesis 50:20, after Jacob died, Joseph reminded his brothers, that when they sold him as a slave, “You intended to harm me, but God intended it for good.”

You see, there are two of our themes, Fall and Redemption, side by side.  Hatred, jealousy, and family dysfunction led to Joseph becoming a slave.  But, God was working too.  Because God was with Joseph, even in slavery, even in Egypt, God used Joseph to save nations, including Israel.  This same idea is echoed in Romans 8:28, “We know that God works all things together for good for the ones who love God, for those who are called according to his purpose.”

Now let’s be clear:  God doesn’t cause sibling rivalries, or slavery, or hardships, or droughts, or famines, or hurricanes, or global pandemics, or unemployment, or contentious elections.  Biblically, theologically, our story is that those are results of the Fall.  But, for now, these two themes co-exist – both in Scripture, and in real life.  We live in a fallen world.  There’s evidence everywhere.  Just look around.  But, in the midst of the fallen world, God is working – even through broken dysfunctional families, and terrible circumstances, through gifted people like Joseph, through outsiders like Pharaoh, and deceitful people like Joseph’s brothers.  God is always, always, always working, behind the scenes of this fallen world, often in hidden, surprising, and unexpected ways, to fulfill his purposes.

Dare we believe God might be doing that, even now?  I hope so.  I know so.

After the unexpected family reunion, Pharaoh welcomed Joseph’s family to move to Egypt, to the land of Goshen, where they would live under Pharaoh’s special protection.  When they arrived in Goshen, there were about seventy in Jacob’s household.  In Egypt, over the coming years, that number double, tripled, quadrupled, growing into the thousands, and the tens of thousands, and the hundreds of thousands.

Things were going great!  Remember God’s promises to Abraham and Sarah?  Blessing.  A multitude of descendants.  God provided both in Egypt.  All they needed was their own land.   That would come later.  All in all, the Israelites were a blessed people.  Just exactly what you’d expect when God promises blessing, right!?!

But, in Exodus 1:8, there’s this simple, but oh-so important line: “Now a new king came to power in Egypt who didn’t know Joseph.”  There’s a lot packed into that verse, and none of it good for Israel.  Tune in next week to see where the story goes next.

One thought on ““Joseph” – a sermon preached on September 13, 2020, at The First United Methodist Church of Orlando.”