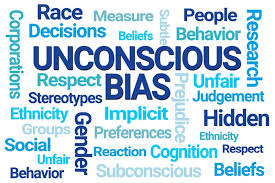 Though I’m still not clear on the details, my first year of kindergarten at Hillcrest Elementary was an historic year in the desegregation of public schools in Orange County, Florida.  At five years old, I certainly wasn’t aware of that.  But, it was the first time I had any interaction with anyone who wasn’t white.  My teacher, Mrs. Black, was black, as were many of my classmates.

I was aware, even then, that there were differences, besides the obvious physical and cultural differences.  The black children came to school in buses, from some mysterious part of town I didn’t know (I don’t know if I ever saw a predominantly black neighborhood until I was a teen, working at the Palmer Feed Store, in Orlando’s historically “black” neighborhood, west of “Division” street and the railroad tracks).  None of my black classmates lived in my neighborhood.  I never saw them at the stores where we shopped, or the places we ate (with the notable exception of the black waiters, serving at Morrison’s Cafeteria).

As I progressed through my elementary school education (Fern Creek Elementary, also in Orlando), I slowly realized my black classmates were often poorer, were often “free lunch” recipients, didn’t perform as well academically, and their mothers weren’t involved in PTA like my mom was.  No one explained the reasons (systemic racism, poverty, lack of transportation, the plight of single mothers, the broken welfare system, public housing, busing as a solution to desegregation, etc.).  Without explanation, I assumed my black classmates were inferior.  I couldn’t have articulated that then, of course.  I certainly had black friends, at school.  But, the seeds of prejudice and false assumptions were sown.

This continued throughout my Public-School education.  In numerous ways, even while I had black friends, I was disproportionately immersed in false assumptions about blackness and white superiority.  I’m embarrassed to say I didn’t know who Dr. Martin Luther King, Jr. was, when my High School (Edgewater High School, also in Orlando) band marched in the Eatonville, FL MLK day parade, in the early 1980s.  I’m even more embarrassed to say I didn’t come to respect and admire Dr. King and his legacy until many years later.

In college, I had even fewer African America classmates and friends, joining a fraternity and other campus groups that were nearly exclusively white. The same was mostly true, socially, in seminary.  But, in seminary I was exposed to African America professors, and classes and conversations about race and color.  I was confronted with the reality of my white privilege, and confess I initially resisted it, and even resented the implications.

Though I’ve never been overtly racist (to the best of my knowledge), I’m ashamed to say it’s taken most of my life to overcome conscious and unconscious biases, stereotypes, prejudices, and even fears.  Over the years, as my awareness has grown, I’ve strived to confront those biases and false narratives, head on.  Needless to say, I’ve been and am a work in progress.

A painful turning point for me (among others) was discovering “Project Implicit,” a joint research project of the University of Washington, University of Virginia, Harvard University and Yale University.  Project Implicit is an online test (https://implicit.harvard.edu/implicit/takeatest.html) that reveals unconscious implicit racial biases.  When I took the test, I was convinced I’d confronted and overcome my own biases, and took the test carefully, so as not to show any bias at all.  My results: VERY biased.  I am VERY biased.  The extra care and caution I took to NOT show bias apparently revealed underlying biases I was blind to.  How embarrassing.

In these difficult moments of public protest over the police shooting of another innocent black man, with nightly eruptions of rioting, looting, violence and destruction, even the most progressive-minded among us may be struggling to understand what is happening, which may be rooted in unconscious biases and assumptions.  One of the most important things we can do right now is see and think clearly, which is not possible if unconscious biases are clouding our perspectives.

So, what can we do?  I’d suggest two things.

There’s obviously so much more that needs to be done, beyond an online test and intentional study, to confront our individual racism and privilege, as well as actually changing real, current societal injustices.  But, this is something we can all do NOW.

Let’s pray for God’s kingdom to come, on earth as it is in heaven.