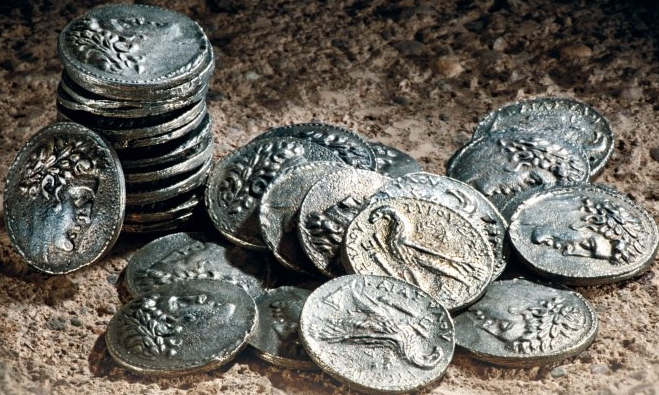 I have to confess, I’ve always felt sorry for Judas.

Early in my relationship with Jesus, I recall watching a movie depicting monologues of each of Jesus’ disciples, of what they were thinking and feeling the night of his arrest.  The monologues were fictional, of course, based on what the Disciples might have said. Whether, or not, they were accurate, I don’t know.  But, they made an impression on me.

At the end of the film, a pastor asked us which of the Disciple’s we most identified with.

I once took part in a reenactment of the Last Supper.  I specifically asked to be Judas.

The FSU Wesley Foundation, where I was the pastor for eleven years, has a long-held Maundy Thursday tradition, observing the Last Supper in total silence, each person taking turns, sitting at a mock table of the Last Supper, to receive Holy Communion.  Every year, for eleven years, I waited for Judas’ spot to open.  (I’ve never told anyone I did that – before now)

On the Wednesday, before Jesus’ crucifixion (sometimes called Spy Wednesday, because that’s when Judas became a “spy” for the Sanhedrin), Judas agreed to betray Jesus.  Though we don’t know his motives, Judas made a deal with the Sanhedrin to help them find and arrest Jesus, in exchange for thirty pieces of silver.

Why did he do it?  Luke says that Satan entered him.  How does that happen?  He apparently loved money.  So do I.  Maybe he acted impulsively.  I do, daily.  Some scholars suggest Judas became impatient, and was simply pushing Jesus into a situation where he’d be forced to act.  I get impatient with Jesus too.

I know what Judas did was terrible.  Never having met him, I certainly can’t defend Judas’ decision.  I don’t know why he did what he did.

“When Judas, who had betrayed him, saw that Jesus was condemned, he was seized with remorse and returned the thirty pieces of silver to the chief priests and the elders. “I have sinned,” he said, “for I have betrayed innocent blood.”  Matthew 27:3-4

Is that not repentance?

So have I.  I betray Jesus daily.

When I don’t give food to the hungry, clothe the naked, visit the sick and the imprisoned, welcome the stranger, etc., I betray him.

When I don’t speak out against injustice, I betray him.

When I don’t love my neighbor, or my enemy, I betray him.

When I bow down to idols, I betray him.

When I am disobedient, I betray him.

When I think evil thoughts, I betray him.

When I become impatient, demanding, self-pitying, and childish, I betray him.

When I ignore or defy the Spirit’s promptings, I betray him.

When I am more of a reflection of the World, than I am of him, I betray him.

No, I have not received thirty pieces of silver for betraying him – I’ve received much more!  No, I didn’t actively participate in a scheme leading to Jesus’ arrest and crucifixion.  But, Jesus was undeniably crucified because of me – for me – every bit as much as Judas.

I’m not suggesting Judas was any better than Scripture portrays him.  I’m just reminded that I’m not so great either.  I am, truly, in every way, a sinner saved by grace.